OK
OK
Something went wrong, please start again.
OK
If you wish to change your selection, you will need to start the package again. Would you like to restart your select for all items in the package, or continue with the currently selected options?
Restart Continue
OK

Please be aware that the system is unable to assign all the seats you have requested together in a single row.
OK 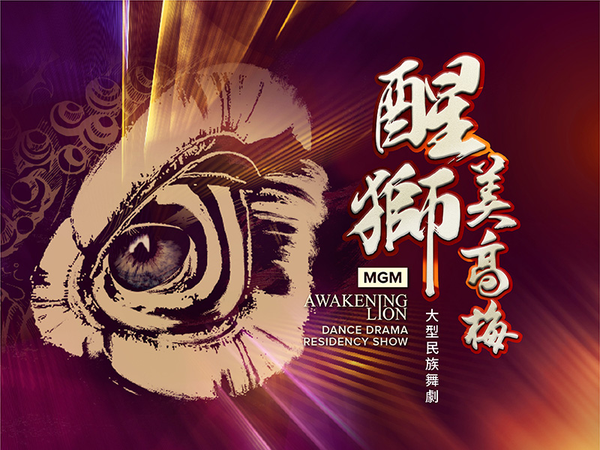 Leveraging the technology and lighting, including the lion dance, Southern Fist, dance performance.

Presented by MGM and Guangzhou Song and Dance Theatre, the “MGM Awakening Lion” Dance Drama Residency Show is re-arranged and tailor-made according to the best dance drama in the China Dance Lotus Awards.  This 70-minute drama is an exemplar of cultural tourism catered to the new generation tourists according to the cutting-edge technology and state-of-the art equipment of the MGM Theater.  Empowered by the world's largest permanent indoor LED screen which blurs the line between virtual and reality, the drama fuses the venue and the performance together to deliver a one-of-a-kind and visual-stimulating extravaganza to the audience.

“Awakened by the spirit, rooted in the Lion” - the repertoire of “MGM Awakening Lion” starred by Iiliwan Umar, Peng Guanyu and Zhu Jinhu, is based on the awakening of a nation expressed in traditional culture.

*Box Office at MGM COTAI operates from 10am to 7pm daily.

All guests are required to maintain safe social distancing and seat separated at MGM Theater.

It seems you already have an order in-progress. Please finish or cancel your existing order before starting a new order.

Your order is already cancelled.
Close
Sorry, your session has expired.
Restart
You need to enabled Cookie to purchase ticket online